TRIPS & CHARTERS - JOIN US ON AN ADVENTURE

The South East Florida Reef Tract extends from Miami northward to Palm Beach. Greater Ft. Lauderdale accounts for 23 miles in the middle of the tract and the largest number of dive sites, with over 100 reef and wreck sites.

The Gulf Stream current often flows close to the shoreline bathing the coral reefs in clear, warm water. Hundreds of species of fish flourish along the coast.

The reef tracts are very close to shore, no long boat rides here. You can even swim to some reefs from the beach. Scuba Diving and Snorkeling Greater Ft. Lauderdale will surprise you! 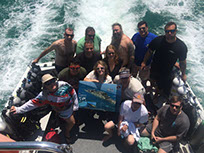 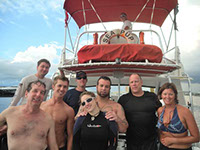 Most all our reefs and the prevailing currents run parallel to the shoreline. This combination creates a great opportunity to explore more reef area by drift diving. We start you out at one end of the reef and you lazily drift with the current to the other end where we pick you up. 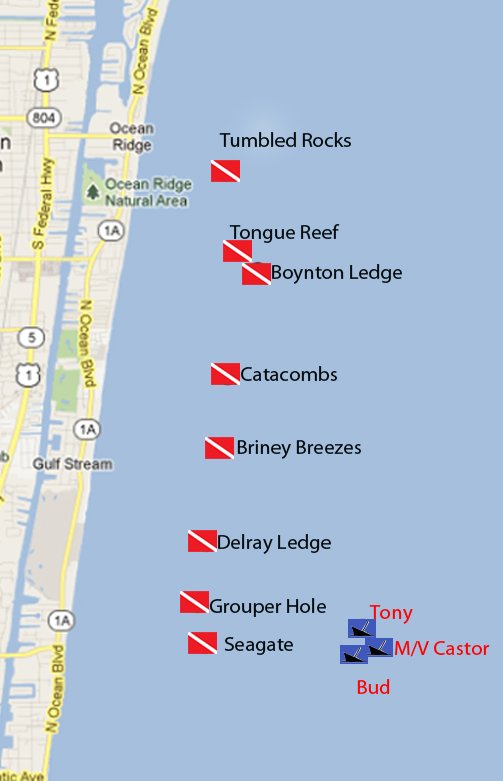 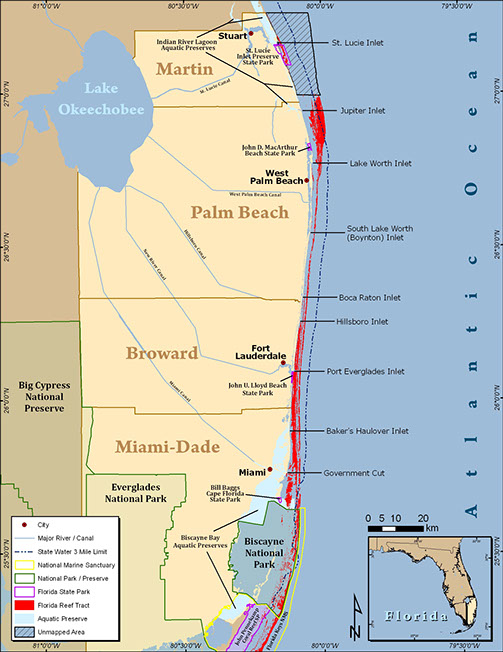 The maps you see here are created from high-resolution Laser Airborne Depth Sounding (LADS). The data is used to create an image depicting the actual bottom contour topography. Not only can you clearly see reef contours but you can also identify shipwrecks.

You´ll notice on many places of the outer reefs a collapsed feature on the reef top. Some scientists believe this feature was due to frame-work collapse and was inevitably covered with sand. This creates the ledges we now dive today.

The current SE Florida reef tract sits on top of ancient beach ridge complexes. As sea level began to rise after the last glacial period, lithified sand dunes became submerged and coral growth initiated. These linear reefs run parallel to the shoreline from Miami-Dade to Palm Beach County, forming one of the longest continuous reef structures in the Western Atlantic.

The gaps in the reefs were created by ancient rivers and inlets cutting through the beach ridges at different periods. Over time as sea level continued to rise each of the reefs (inner, middle and outer) met its demise for varying unknown reasons. The last reef to stop upward growth was the middle reef which ceased upward growth around 3,700 years ago. Since then, corals have reformed on top of the old structures, creating the current reef communities we see today.

Not all areas along the greater reef tract have all three formations present. Some areas may only have a middle and outer reef while others may have all examples represented. many divers confuse the nearshore ridge complex with the inner reef. For example, the Pompano Drop Off is actually part of a ridge complex composed of coquina and Touchdown Reef is on the inner reef which is built by fossil corals. 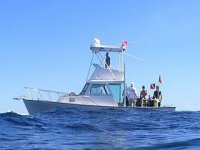 The Underwater Explorer is a 34 foot Crusader that's rigged for comfort. It features an easy to board custom dive ladder, complimentary snacks and drinks, a partially shaded deck, head, heated shower and best of all plenty of room!

Kevin and Flo are the usual faces you will see on the boat during your adventure. Need a buddy or maybe you just want to dive with someone who knows where the good stuff is? We have personnel available for in-water guiding for a modest fee. We want you to have a fun, leisurely and safe scuba experience.
THE STARFISH ENTERPRISE

The Starfish Enterprise is a Coast Guard certified 34 foot Crusader equipped to comfortably accommodate 14 divers. With a wide bean, large dive platform and a center rail to stabilize all of your movements. The Starfish is your perfect transportation to the best diving SITES in South Florida. Captains Adam Birdwell and Maggie Walen and their crew members are experienced divers and are trained in CPR/First Aid and Oxygen Administration. They are experienced in finding the best places to see our beautiful reefs and fish life. 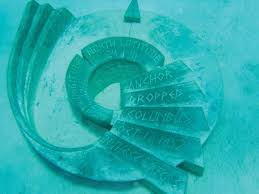 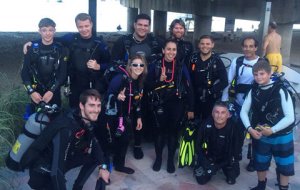 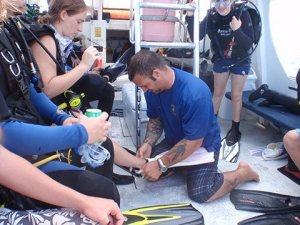 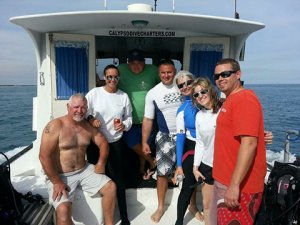 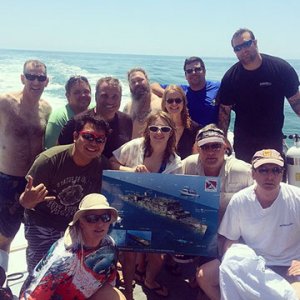 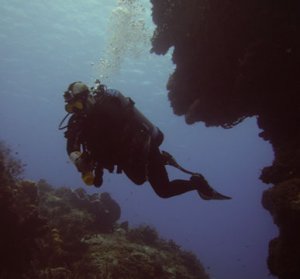 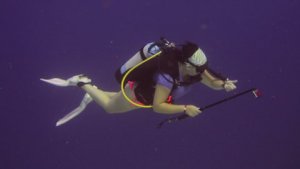 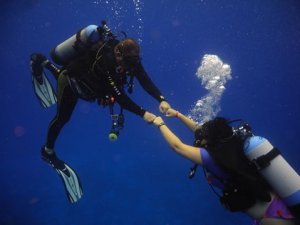 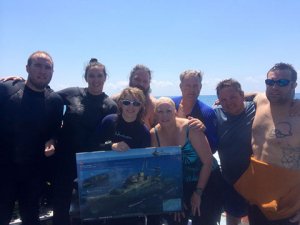 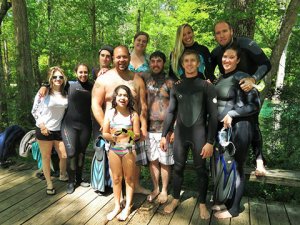 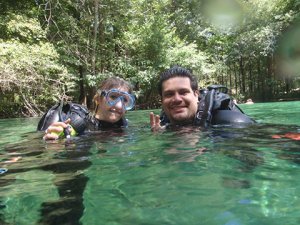 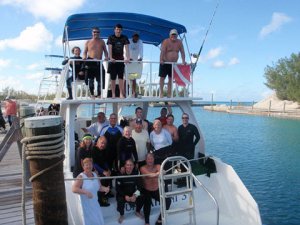 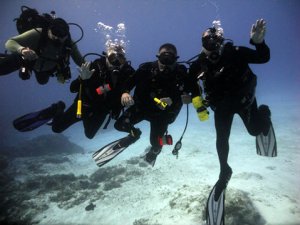 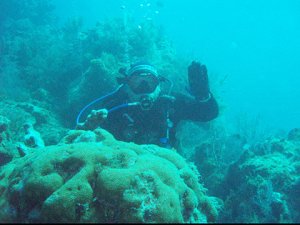 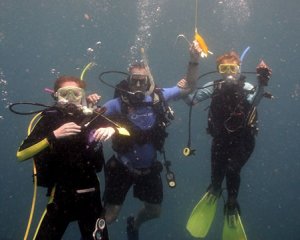 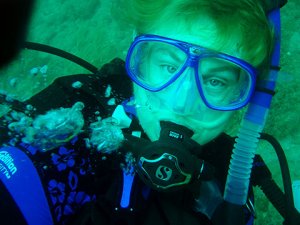 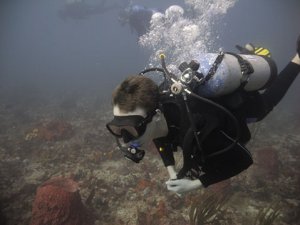